Anything To Say? Free Julian Assange. 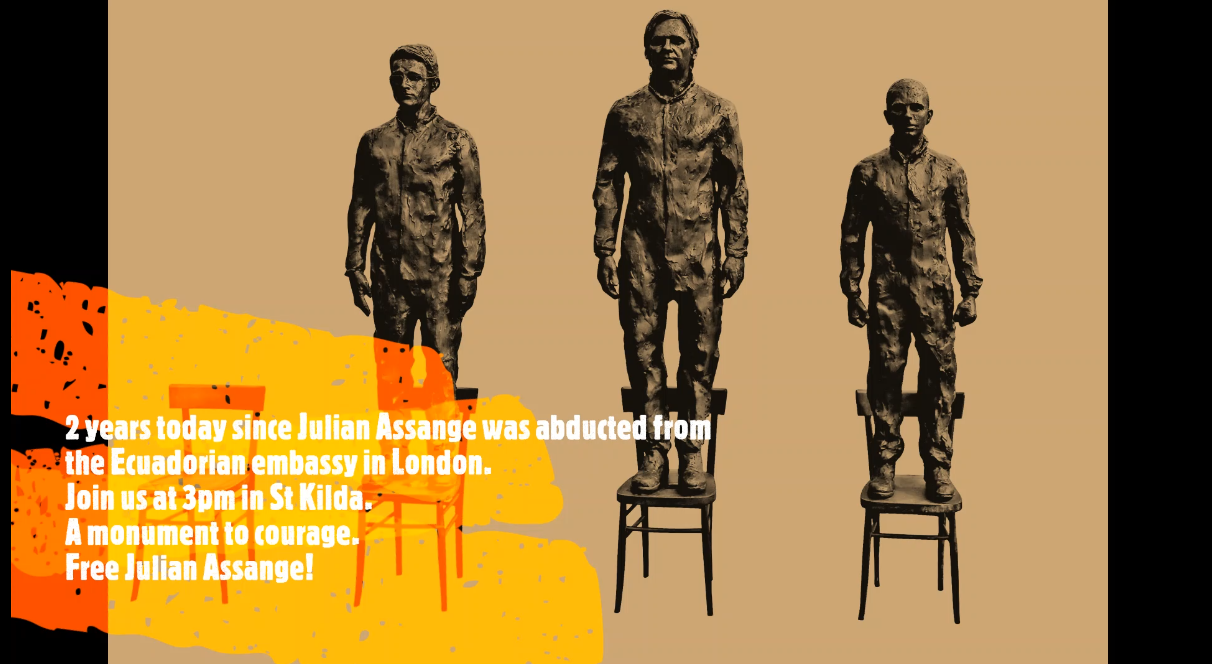 April 11 2021 marks 2 yrs since British police abducted Australian award winning journalist Julian Assange from the Ecuadorian embassy. The British ‘justice ‘system’ colluding with the USA Department of Justice are keeping him locked away from the world without sunlight, without fresh air, without a voice.
Remember Julian’s words of encouragement written in a letter to independent British journalist Gordon Dimmack:
“I am unbroken, albeit literally surrounded by murderers, but, the days where I could read and speak and organise to defend myself, my ideals, and my people are over until I am free! Everyone else must take my place,” – JA
Join us today as we stand next to ‘Edward Snowden, Julian Assange and Chelsea Manning, who had the courage to say no to the intrusion of global surveillance and to lies that lead to war. Both loved and hated, they chose to lose the comfort zone of their lives to tell the truth.’ (Anything to say)
A monument to the courageous whistleblowers and journalists who sacrifice their lives so we, the people may know the truth.
Meet outside Luna Park in St Kilda at 3pm.
If foot traffic is slow we will move to Acland St at 3.30pm.
#CourageIsContagious
#FreeAssangeNow
#Resist