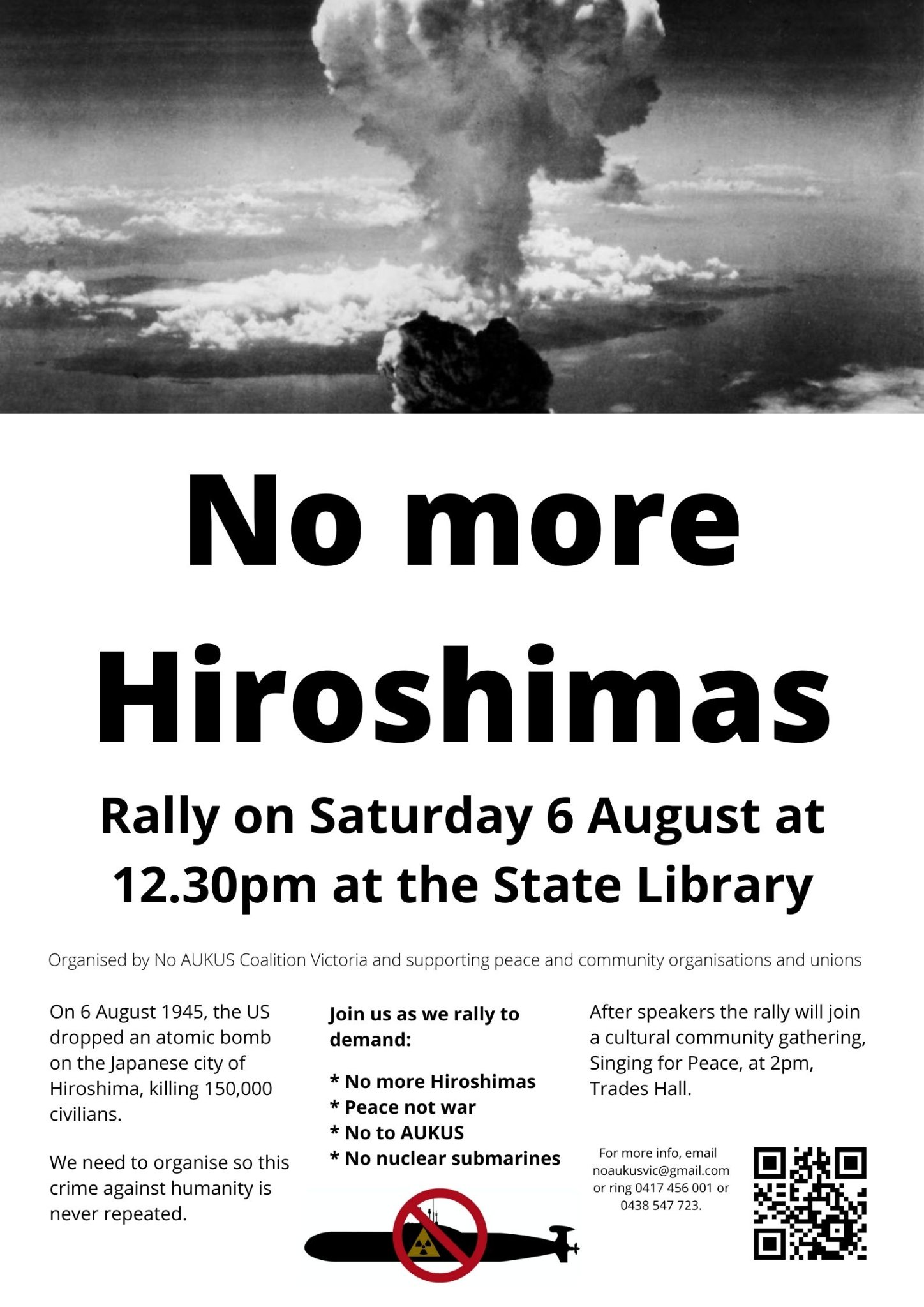 Hiroshima Day Commemorations will be held across the country on Saturday 6th August.

Event by No AUKUS Coalition Vic
State Library Victoria
On 6 August 1945, the US dropped an atomic bomb on the Japanese city of Hiroshima, killing some 150,000 civilians.
A few days later, another bomb was dropped on Nagasaki.
We need to organise so this crime against humanity is never repeated.
That means organising to stop the drive to war today, with the danger of nuclear confrontation between the US and Russia, and the US and China.
Australia is part of this race to destruction, joining the AUKUS pact with the US and the UK and committing to building eight nuclear-powered submarines costing the people $170 billion. This is at a time of urgent social and economic needs of Australia’s people and the environment.
Join as we rally to demand:
* No more Hiroshimas
* Peace not war
* No to AUKUS
* No nuclear submarines
Speakers:
* Margie Beavis (Medical Association for Prevention of War)
* Fiona McCandless – Organiser, Health and Community Sector Union, peace activist.
* John Shipton – Julian Assange’s father
* Nic Maclellan – journalist and researcher on the Pacific
* John Lander – retired Australian diplomat
After speakers the rally will join a cultural community gathering Singing for Peace at 2 pm, Trades Hall, commemorating Hiroshima, led by Melbourne community choirs, including the Victorian Trade Union Choir, Brunswick Rogues Choir, Serenading Adela singers leading the audience in songs.
For more rally information, noaukusvic@gmail.com 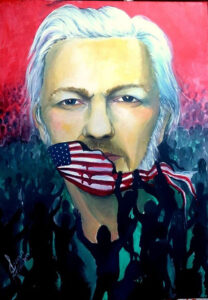