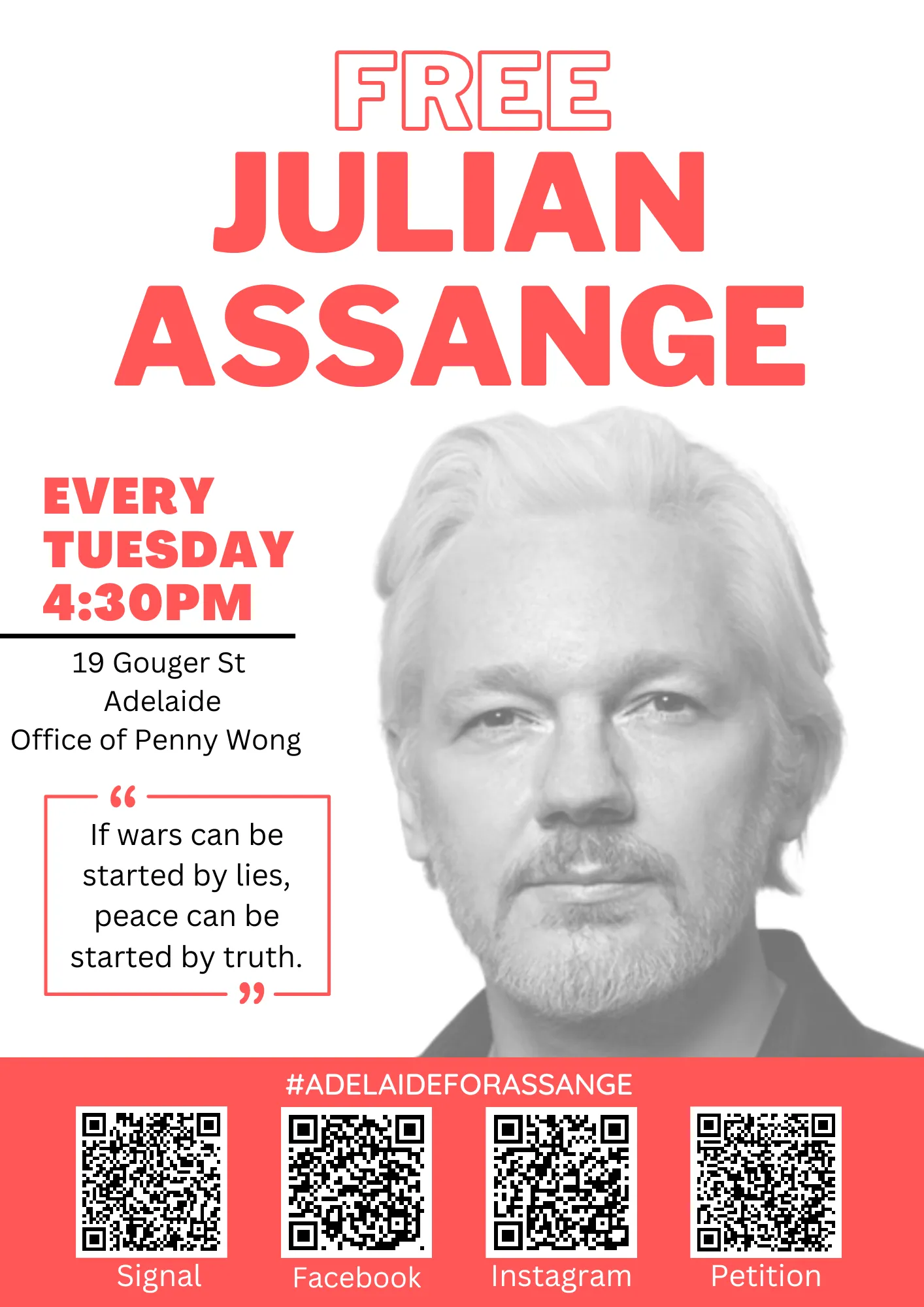 Mr Kenny notes that Prime Minister Albanese has said in the past “enough is enough”and Mr entirely agrees.

Mr Kenny has written to Mr Albanese asking him to do the right thing and contact President Biden and insist that the groundless prosecution of Mr Assange be ended now.

Mr Kenny said, “the Prime Minister has effectively promised the Australian people before the election that he would do something about bringing Mr Assange home to Australia”.

Mr Assange has spent over 10 years being incarcerated for publishing the truth about war crimes. He did, as his barrister, Jennifer Robinson said at the recent National Press Club address “no more than what the New York Times does on a daily basis.”

In 1971 when the New York Times was attempting to publish “The Pentagon Papers” it received from the whistle-blower, Daniel Ellsberg, the US Government sought an injunction to restrain it.

The US Supreme Court rejected the injunction.

Justice Hugo Black wrote “Only a free and unrestrained press can effectively expose deception in government”.

Despite the New York Times actively assisting Ellsberg by copying the documents for him, it was never prosecuted, and nor should Mr Assange.

This is the first time in the 104 year history of the US American Espionage Act and it’s equivalent, that the Act has ever been used against a publisher of confidential material. It is without precedent and without merit.

The prosecution of Mr Assange is an attempt to restrain press freedom.

His brother Gabriel Shipton supports the request and said: “Julian’s health is in a fragile state, the Prime Minister and the government must act now to end this madness before it is too late.”

“The overwhelming majority of Australian people understand that Mr Assange is being prosecuted for revealing the truth”, Mr said, “we cannot allow this to stand, and it is time that he be brought home to Australia so that he can spend Christmas with his family rather than in isolation as he did last year.”

Mr Kenny will be available to be interviewed in person in Adelaide or by phone at most times.