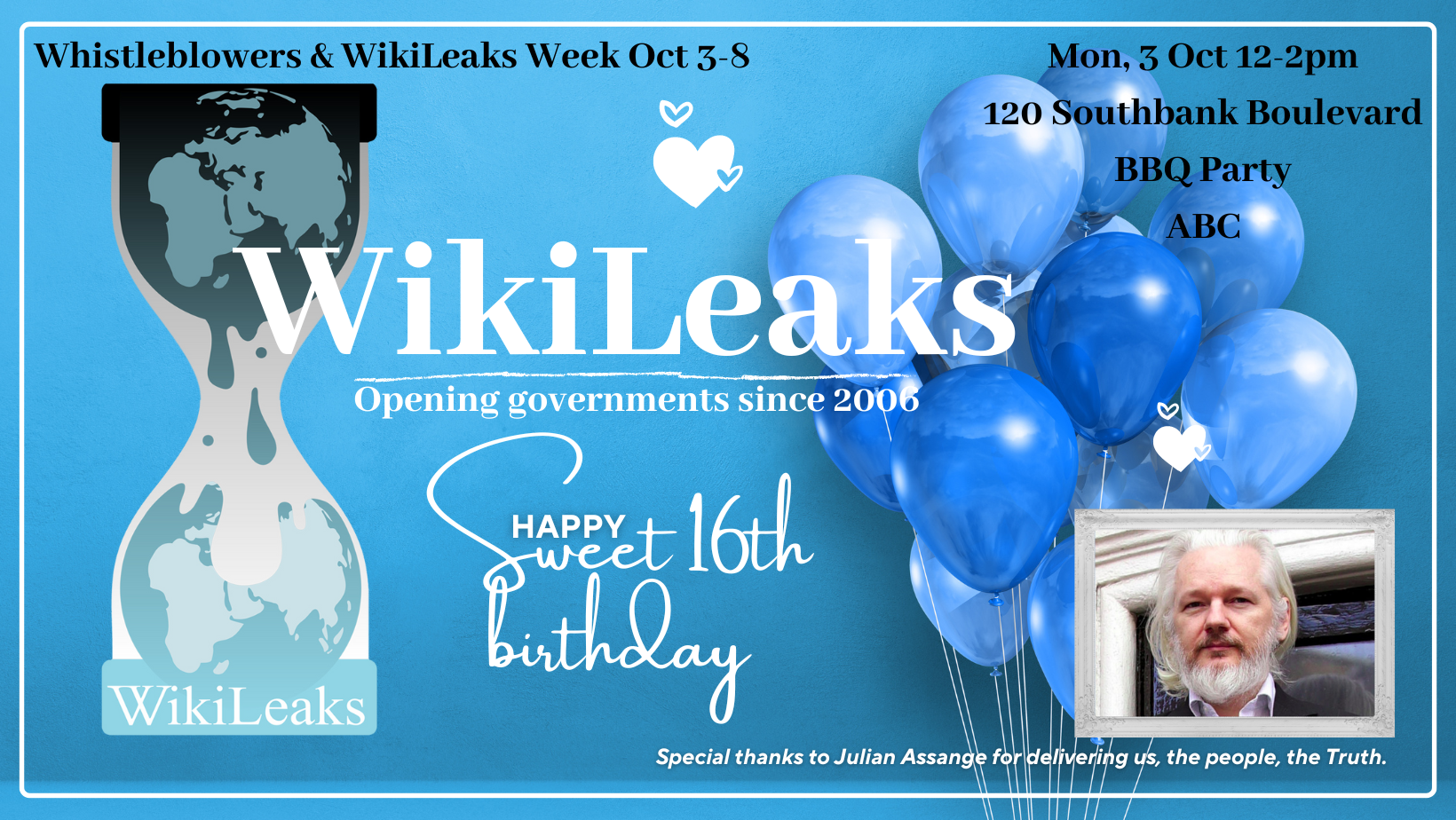 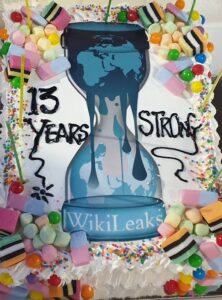 We invite journalists, ABC staff and members of the public to raise a toast to WikiLeaks!
To truth!
To democracy!
To whistle-blowers!
To Julian Assange!
WikiLeaks is a multi-national media organisation and associated library founded by its Walkley Award winning publisher Julian Assange in 2006.
WikiLeaks specialises in the analysis and publication of large datasets of censored or otherwise restricted official materials involving war, spying and corruption. It has so far published more than 10 million documents and associated analyses. Thus far WikiLeaks has a perfect record of 100% document authentication and resistance to all censorship attempts.
When: October 3, 12pm-2pm
What: BBQ party,
Where: ABC offices Southbank
How: Birthday cake, meat/veg sausages, and sparkling water.
(Please bring a fancy glass or cup to raise a toast and save on waste. Paper cups also provided).
“If wars can be started by lies, peace can be started by truth”, Julian Assange
https://www.britannica.com/topic/WikiLeaks
https://wikileaks.org/-Leaks-.html