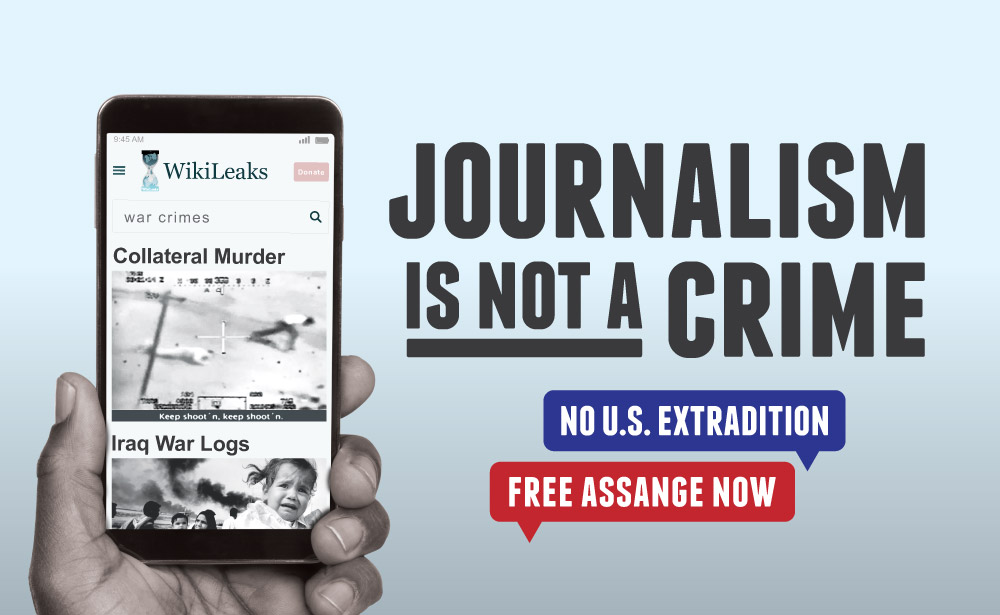 On the 19th March 2003 the USA led a military invasion of Iraq based on its own fabricated secret intelligence that Iraq was hiding weapons of mass destruction and working with terrorists.

No WMDs or evidence of ties between al-Qaeda and the Iraqi regime were found.

7 years later Wikileaks, with documents provided by Chelsea Manning, exposed the true face of the Iraq war and hard evidence of US war crimes, including the infamous “collateral murder” video.

Instead of prosecuting those responsible for the crimes the USA is politically persecuting the messenger, Julian Assange.

Free Julian Assange
No US extradition
Truth Not War