Truth Is Out: Street film 4 Freedom of Julian Assange 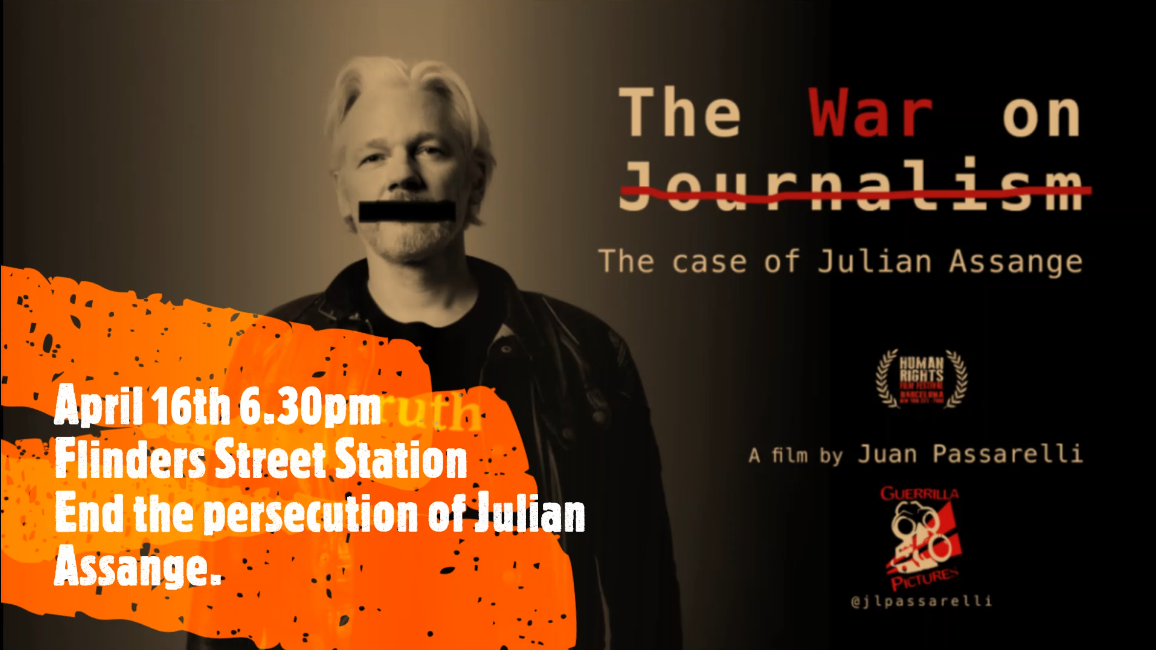 Due to bad weather this event was postponed last week. We are happy to announce we will be screening the film this Friday night in conjunction with the Friday Night vigils.
Journalists are under attack globally for doing their jobs. Julian Assange is facing a 175 year sentence for publishing if extradited to the United States.
WikiLeaks founder and editor Julian Assange’s extradition is being sought by the Biden administration for publishing US government documents which exposed war crimes and human rights abuses. He is being held in maximum security HMP Belmarsh in London and faces a 175 years sentence if extradited. – Consortium News.
There is a war on journalism – Julian Assange is at the centre of that war. If this precedent is set then what happens to Assange can happen to any journalist. – Glenn Greenwald.
Join us for a street filming of Juan Passarelli’s War on Journalism. Show your solidarity for the most persecuted journalist in the world.
Exact location Flinders Street Station Melbourne
Gather from 6.00 for a 6.30pm kickoff.
#FreeAssangeNOW
#BringHimHome
#LoveIsOurResistance